Birmingham, one of the major melting pots of the industrial revolution, has always been a place of change and experimentation. The present day is no exception: it is a hugely exciting place to be at the moment, as it undergoes a massive, revolutionary rethink according to the Big City Plan.

Birmingham has proved as resilient as it is industrious in its short history as a town and city, constantly reinventing itself as a place of commerce, manufacturing, philosophy and music.

It is no wonder Birmingham became known as ‘the city of a thousand trades’, with such an extraordinary variety of industries and activities.

Whilst the hangover of post-war architectural alterations still unfairly maligns the UK’s second city, the legacy of Birmingham’s rich musical tradition alongside a strive for social progress and political change is remarkably visible.

Indeed, the mid-century developments are as much a part of the city’s desire to try new things as its Georgian Cathedral or Victorian Art Gallery. 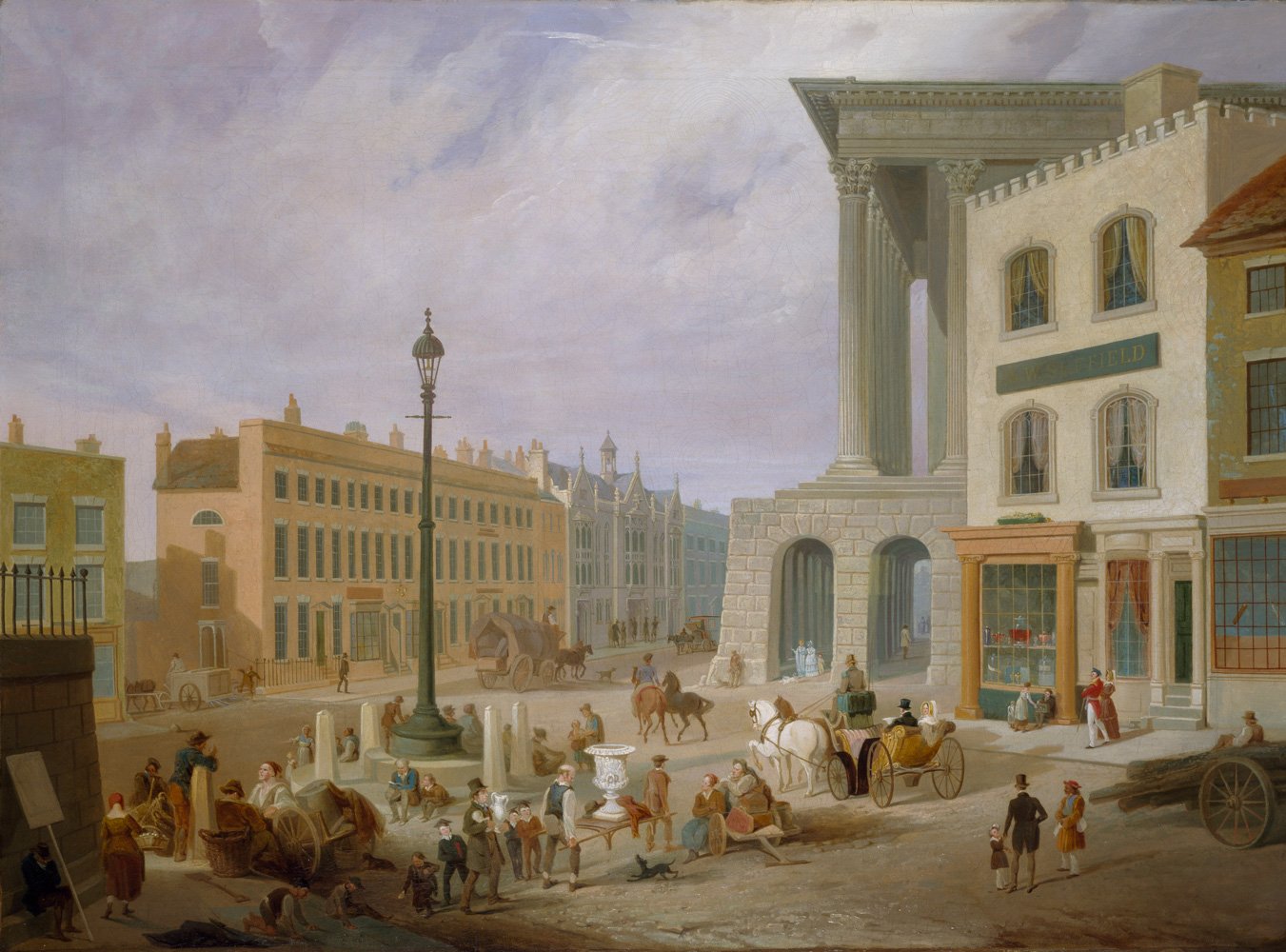 The Town Hall was arguably the first building of its kind in the country, solely designed for musical concerts, distinctive from an Opera House, theatres or large churches.

More specifically it served as the new home for Birmingham’s famous Triennal Music Festival, whose commissions include Felix Mendelssohn’s oratorio Elijah, which premiered at the festival in 1846, and Edward Elgar’s Dream of Gerontius (1900), The Apostles (1903) and The Music Makers (1912).

Alongside its musical tradition, the Town Hall's construction coincided with a period of political and social movement in Birmingham.

At the beginning of the nineteenth century, much of Birimingham's workforce laboured in relatively small workshops that were often built behind the smarter frontages of business owners, an arrangement still visible in the Jewellery Quarter today.

The giant mills and shipyards of Manchester and Liverpool were a far cry from these smaller holdings in Birmingham, where it was common for workers and employers to address eachother on first name terms.

Under the leadership of local banker Thomas Attwood the union became a key adversary of those opposed to the Great Reform Act of 1832, and the Town Hall came to symbolise social progress for the people of Birmingham as well as music and the arts.

Meeting of the Birmingham Political Union (1832-33), oil on canvas, by Benhamin Heydon

Birmingham’s wealth and influence grew throughout the nineteenth century and the city revolutionised the provision of public amenities, from basic education through to establishing institutions for arts and music.

“…Birmingham showed Britain the way: it was a virtual city-state which invented the notion of civic pride and provided its people with schools and libraries and technical schools and a university college.” †

This legacy has continued to the present day, with the City of Birmingham Symphony Orchestra moving to its new home at the state of the art Symphony Hall in 1991, whilst the city’s new library started serving citizens in its third incarnation in 2013, becoming Europe’s largest regional library when it opened its doors.

Birmingham, one of the major melting pots of the industrial revolution, has always been a place of change and experimentation. The present day is no exception: it is a hugely exciting place to be at the moment, as it undergoes a massive, revolutionary rethink according to the Big City Plan.

A part of this is the replacement of the old Birmingham Conservatoire with the building of the UK's first purpose-built conservatoire in 30 years, at a cost of 57 million.

Opened in September 2017, we will have privileged access to this exciting new venue.

We will cover the different ages of the city, and its characters, including the Lunar Society, Pugin, the Pre-Raphaelites and the twentieth and twenty-first centuries, all the while hearing about its composers and musicians.

Not least among these is of course Elgar, and we will go into some detail around him, examining the places he knew - like his place of birth and his church in Worcester - his manuscripts, and his music, with private performances of his two sonatas, for the violin and for the organ, the latter surrounded by his beloved Malvern Hills.

Back in the big city we will hear one of the most charismatic musicians performing today, Nicola Benedetti, who plays a fantastic programme with the Orchestra of the Age of Enlightenment conducted by Marin Alsop.

We will also hear the City of Birmingham Symphony Orchestra in its home, Symphony Hall, which has one of the best acoustics in the world.