Art historian Suzanne Fagence-Cooper discusses how young painters such as Burne-Jones travelled to Florence in search of Pre-Raphaelite works, how the Victorian love affair with Tuscany and how this influenced the evolution of the Pre-Raphaelite movement in Britain.

IN SEARCH OF ANGELS: A FIRST SIGHT OF FLORENCE

In the golden autumn of 1859 Edward Burne-Jones and his two friends awoke in Florence. They had already spent several days in Pisa sketching frescoes in the Campo Santo. They were there on the advice of the critic John Ruskin.

The young painters had come in search of the real Pre-Raphaelites – artists like Giotto and Fra Angelico who had flourished in Tuscany at the moment when the Renaissance began to emerge from the late Medieval world.

And now they were staying in the heart of Florence. On their rambles around the city, as yet untouched by tourism, they stumbled upon angels and Madonnas, tucked away in green cloisters and tiny chapels.

Above all, they were smitten by Botticelli. Burne-Jones wrote lovingly about “a coronation of the Virgin…heaven beginning six inches above our heads as it really does.  It was terribly neglected and stuffed up with candles.”

In the Accademia, the Pitti Palace and the Uffizi he discovered more delights – ‘the Spring’ and ‘the Dancing Choir’. By the late 1870s, the infatuation with Botticelli was so prevalent among avant-garde British artists that it was parodied by Punch and Gilbert and Sullivan. But Burne-Jones was a pioneer in his enthusiasm. The sweetness and otherworldliness of Botticelli’s wistful Madonnas found a new life on his canvases.

The impact of this first visit resonated for decades: “Oh dear”, he sighed as he finished breakfast in his studio-house in London a while later, “when I think that this very morning Florence is going on, and I have to go into that muddle of work upstairs.”

But before he went home, he was able to saunter through Siena in the company of Elizabeth Barrett Browning, and study the sculpture of Pisano in the Cathedral there.

This new ACE tour follows in Burne-Jones’s footsteps. It allows us to experience the Victorian love affair with Tuscany.

We will revisit the lovely cities that the artist saw as a young man, and those that he was drawn to as he grew older – Siena, Arezzo, San Gimigniano and of course, Florence. Looking at the early Renaissance through the eyes of 19th century artists and poets, we can find our way back to a freshness, a more vivid encounter with well-loved images.

The wall-paintings of Gozzoli, the altarpieces of Cimabue were almost unknown in Victorian Britain. Dante’s Divine Comedy was available in English, thanks to Henry Cary, but was still an acquired taste. Burne-Jones’ friend and fellow artist, D G Rossetti did not publish his translation of Dante’s ‘Vita Nuova’ and ‘The Early Italian Poets’ until 1861.

These young Victorians were breaking new ground in their desire to explore and reinvigorate the art of Italy before Raphael. But within a few decades, word had spread, and there were 30,000 English and American residents in Florence, drawn by the climate and the culture.

For my part, as a history student who was enamoured of the Burne-Jones and Rossetti drawings I had seen in the Ashmolean, I came to Florence for the first time in 1989 with my head filled with Pre-Raphaelite drawings of Dante’s Beatrice.

The two worlds – the Victorian and the early Renaissance – were intertwined. I saw Botticelli’s heavenly figures, and remembered Burne-Jones’s response to his upbringing in industrial Birmingham: “the more materialistic science becomes, the more angels I shall paint.” 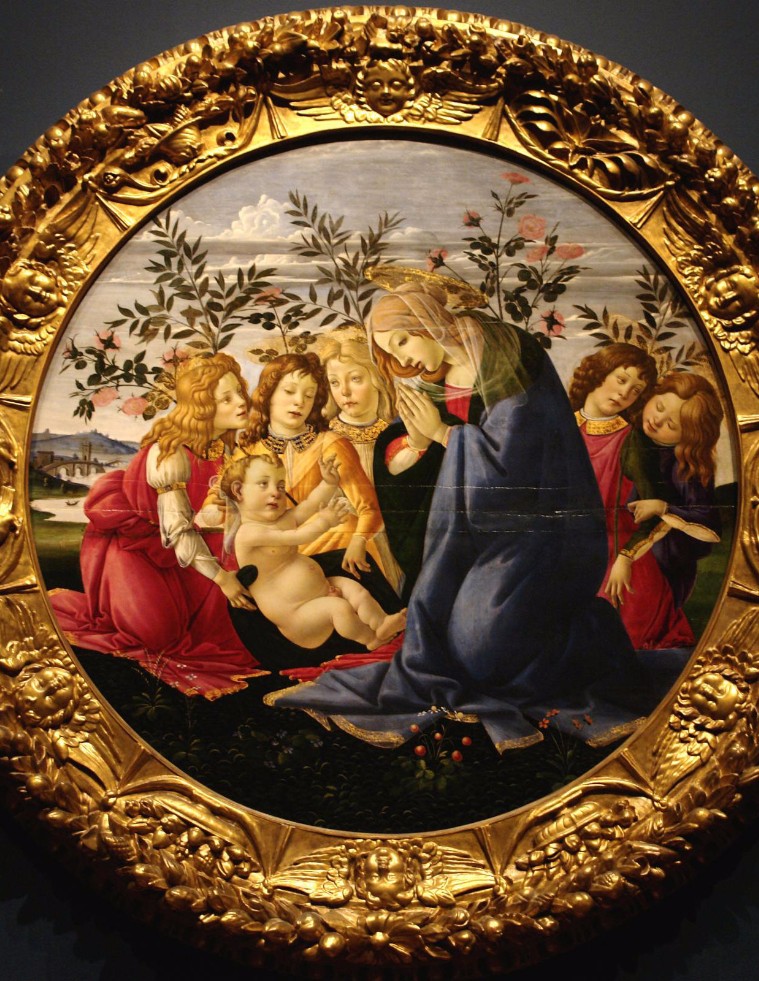 These were his prototypes. But it wasn’t just the subjects, but the manner itself that was drawn from the Italian Quattrocento. There was kinship in the delicacy of the swaying figures, the blue of the skies above and the green of their gowns.

This is a timely tour, giving us a chance to look again at Burne-Jones as we approach another anniversary year, with a major exhibition of his work at Tate Britain in 2018.

Without his encounters with the fresco-cycles of Pisa, the refined panel-paintings of Florence, and the solemn church decorations of Arezzo and Siena, his yearnings for the landscape of his imagination would have been unfulfilled. As he wrote to a friend, many years later, “I belong to old Florence.”